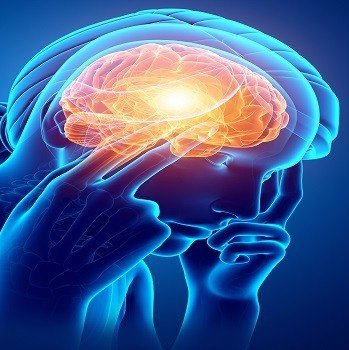 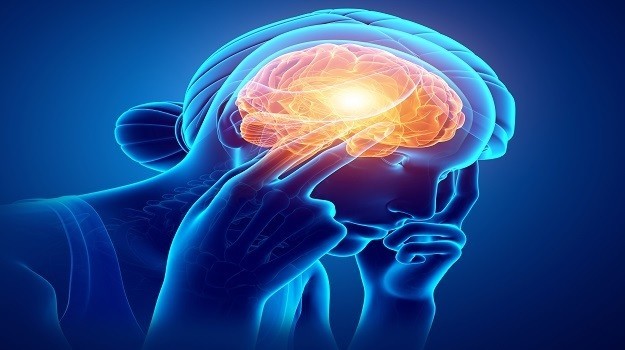 How to manage migraines: Migraineurs, as migraine sufferers are known, are familiar with taking a tablet and retreating into the darkness to wait for the pounding pain, throbbing temples, nausea, vomiting, and increased sensitivity to pass. Thankfully, as research progresses, an end to the pain may be in sight. Nutritional therapist and nutritionist Sally Parr explores how a multifaceted approach could help manage the 200,000 migraine attacks that occur each day in the UK

If you're a migraine sufferer, you're in great company. Whoopi Goldberg, Ben Affleck, Elle Macpherson, and Sharon Stone are just some of the famous faces who've spoken about life with this common neurological condition. Delve deeper into the past and Lewis Carroll is thought to have used his own experience of migraines, with its resultant hallucinations, to inspire his Alice in Wonderland books.

With research estimating that migraines cost the NHS around £150 million each year - although the total financial burden on the economy is believed to be a staggering £3.5 billion annually - and more than 50% of sufferers unhappy with their treatment, understanding the condition and what we can do to manage it, or potentially prevent it, is of paramount importance.

Here, we'll explore exactly what a migraine is, the factors that can contribute towards experiencing them, as well as the options for managing them, and lifestyle changes that could help stop migraines in their tracks.

what is a migraine?

In 90% of cases, experiencing migraines runs in the family. As the most common neurological condition affecting the developed world, the name 'migraine' derives from the Greek 'hemicrania', which means half-headed, and refers to the throbbing sensation and excruciating pain often felt on one side of the head of those experiencing it.

Although health professionals originally believed migraines to be the result of a blood vessel disorder, due to the pulsing sensation often felt, it is now considered a sensory perception problem instead. While what acts as a trigger might vary from person to person, people suffering migraines often experience a sensitivity to light, smells, or noise. This hypersensitivity to external stimuli can impact our ability to sleep, focus, and concentrate, along with disrupting appetite and mood (which is no surprise when we consider the accompanying nausea and vomiting).

the specific stages and symptoms include:

prodrome:
Experienced by up to 40% of people with migraines, with warning signs including constipation, cravings, changed mood, stiffness, thirst, and needing to urinate more than usual.

aura:
Around 25% of people who have migraines experience this stage, which can occur before or during the headache. Sufferers may see lights, shapes, experience dizziness, and feel tingly or numb. Some people also hallucinate smells and sounds.

headache attack:
Sometimes lasting up to 72 hours, this is characterised by throbbing, one-sided pain, sensitivity to light, sound and smells, sickness and nausea, dizziness, or blurred vision.

postdrome:
This is often described as the 'hung-over' feeling following a migraine, with either euphoria or low mood, fatigue, confusion, weakness, dizziness or continued sensitivity. Migraines can be quite a unique experience, with people affected by some stages more than others, and experiencing symptoms to different degrees. 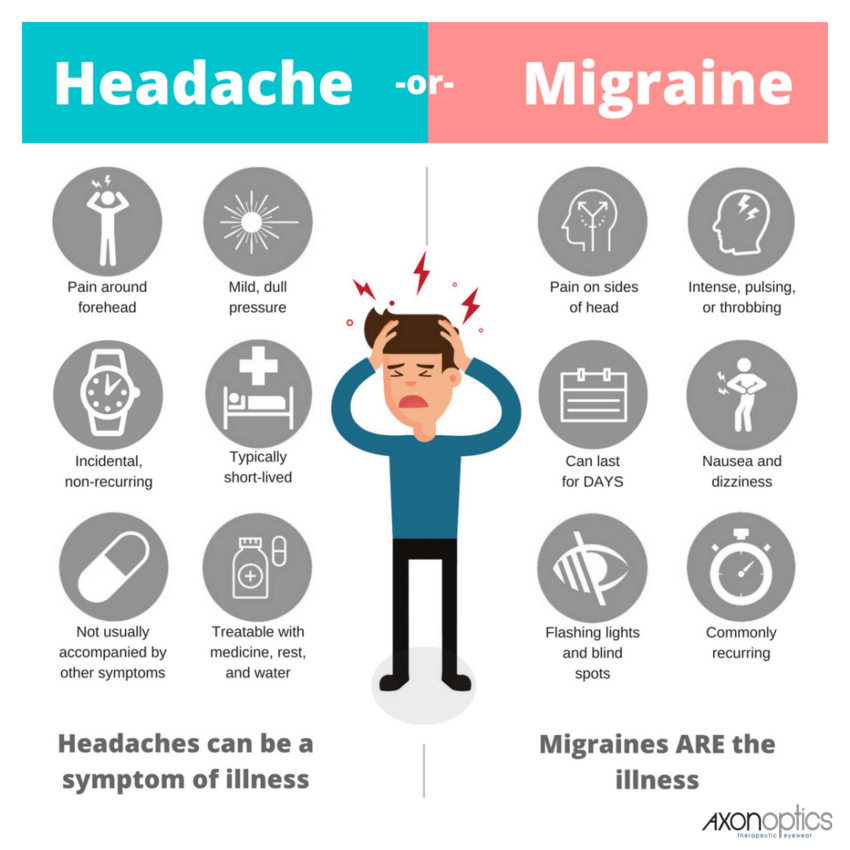 Peter Goadsby, professor of neurology at Kings College, London, and trustee at the Migraine Trust, notes that migraines can be a result of "an instability in the way the brain deals with incoming sensory information, with that instability affected by physiological changes like sleep, exercise and hunger".

It's worth noting, however, that in 90% of cases, experiencing migraines runs in the family - with women three times more likely to be affected than men, due to hormonal fluctuations (most notably with oestrogen).

With this potential genetic link at play, researchers have identified mutations in four genes which could explain it. These genes provide the 'codes' that ensure nerve cells in the brain and wider nervous system can 'talk' to each other, via neurotransmitters. These mutations are thought to lead to the onset of a migraine, with symptoms including aura - seeing double, experiencing flashing lights or zig-zags in the field of vision, and one-sided weakness which may precede the actual migraine onset.

While genetics may play a part, there are many factors that can result in migraines which can be modified. Being a smoker, taking the oral contraceptive, poor sleep, and obesity are all thought to make migraines more likely.

For some people, painkillers can alleviate the symptoms of a painful migraine attack. However, for others, these may impact digestive function, and actually make it more difficult for them to digest and absorb nutrients. This can make matters worse since it can lead to increased sensitivity, and reduce the sufferer's ability to support efficient energy function, meaning that looking to our lifestyle and food remains essential.

Gut bacteria is thought to play a significant role with migraines, due to its ability to impact neural, endocrine, and immune signalling. Recently, a subset of migraines has been identified that may be fuelled by gastric issues promoting inflammation. Conditions such as 'leaky gut' and irritable bowel syndrome (IBS) may lead to nutrient malabsorption, compounding matters, while new evidence suggests that IgG - mediated food intolerance - can also impact the condition.

Fluctuating hormones - at any age and stage, or because of medication - may result in symptom onset, or worsen an attack. Consequently, it's important to support digestive health, since this encourages efficient hormone elimination, and improved nutrient absorption.

Eating a wide range of different plant-based foods every day, and removing irritants including gluten, alcohol, caffeine, and sugar (even for a month or two) can encourage the gut to heal.

The good news is, a lot of these triggers can be controlled and managed. If you are concerned that an intolerance might be contributing to your migraines, keeping a food and symptoms diary can help to identify this. Maintaining a regular sleep schedule - and not sleeping in too late on your days off - can help, along with eating at regular times throughout the day. With alcohol being dehydrating and acting as a gut irritant, avoiding this can help symptoms, and reducing caffeine intake may be beneficial, too.

You should also look to include plenty of fruit, vegetables, beans, nuts, and seeds in your diet as these promote diversity of gut bacteria, while increasing healthy fats (found in wild trout or salmon, olives, avocado and their oils) that may help to counter inflammation. Increasing magnesium levels may help to relieve constipation, cramps, fatigue, low mood and anxiety. Known as the relaxation mineral, it may also help with blood sugar regulation, to prevent energy highs and lows, which can make migraines worse.

Good sources include dark green leafy veg, almonds, brown rice, avocado, and black beans, as well as natural yogurt and kefir (and protein-rich foods may enhance absorption). Speaking to a registered nutritional therapist can be really beneficial, as they can advise on your diet, check out supplement interactions with medications, and ensure that excluding certain foods won't leave you nutritionally deprived.

While the impact of migraines may differ for all sufferers, combining nutritional strategies with relaxation, getting adequate sleep, knowing your triggers, taking gentle exercise, and remaining well-hydrated, may be as useful as popping pills when it comes to managing the condition.