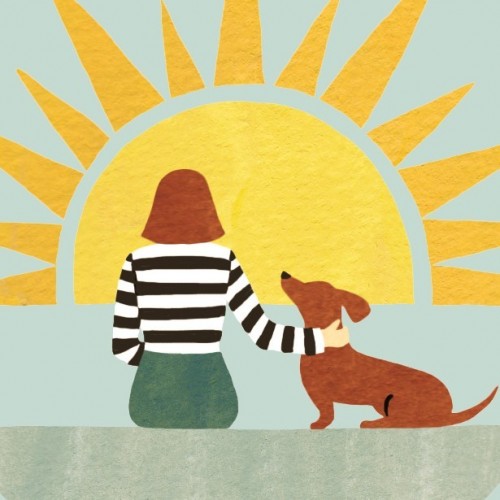 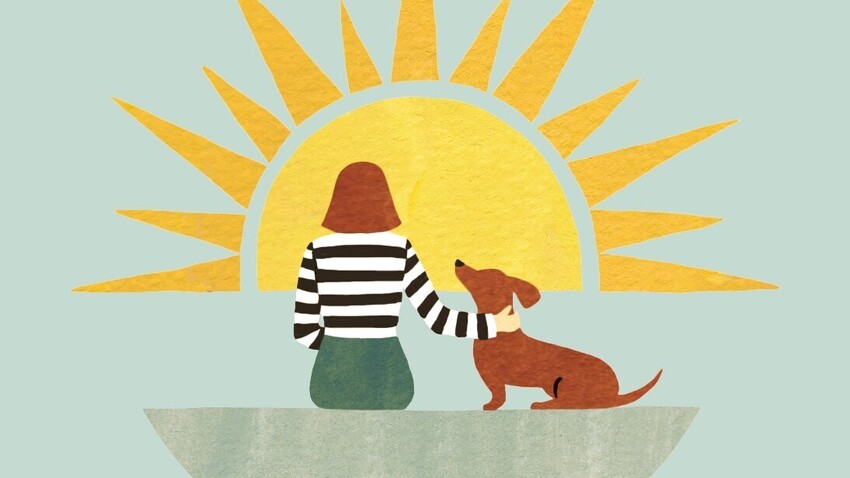 What is it about animals? As the bad news about the coronavirus continues, "send me dogs and cats" has become a regular cry on social media, an easy-to-grasp shorthand for "I feel terrible, cheer me up". The response is always the same: a torrent of pictures of animals doing daft things - but somehow it has a magical, calming effect.

The therapeutic value of our relationship with our pets, particularly dogs, is increasingly recognised by researchers. Cats can be wonderful too - but dogs have been domesticated by humans for much longer, and, as even the most devoted cat lover will admit, dogs are far easier to train for companionship. Most cats, as we know, are admirable for entirely different reasons. Marion Janner, a mental health campaigner and all-round animal lover, says that dogs teach us a whole range of lessons. "Dogs love us unconditionally. They're the ultimate in equal opportunities - entirely indifferent to race, gender, star sign, CV, clothes size or ability to throw cool moves on the dance floor. The simplicity and depth of this love is a continuous joy, along with the health benefits of daily walks and the social delights of chats with other dog walkers. They teach kids to be responsible, altruistic and compassionate and, valuably but sadly, how to cope when someone you love dies."

Robert Doward* felt this odd effect when his health suddenly took a downward turn. "I'd been working incredibly hard, long hours, too many days. One day I started crying and just couldn't stop. I couldn't put sentences together properly. I'd been pushing everything so hard for so long, and I just couldn't do it any more." It took a long time to put himself back together: plus some therapy, another job and changes to his family life. But the key factor, he says only half-jokingly, was a small Greek rescue dog called Maria. "Taking her out for walks, getting out into fresh air, just putting one foot in front of the other, that lifts your spirits. And then there's nothing like having a dog curled up beside you, even when you feel absolutely miserable. She'll check my face anxiously, as if she knows something is wrong. And that makes me smile - and that somehow makes you feel better. There is just something magic about dogs. Honestly, she got me through." 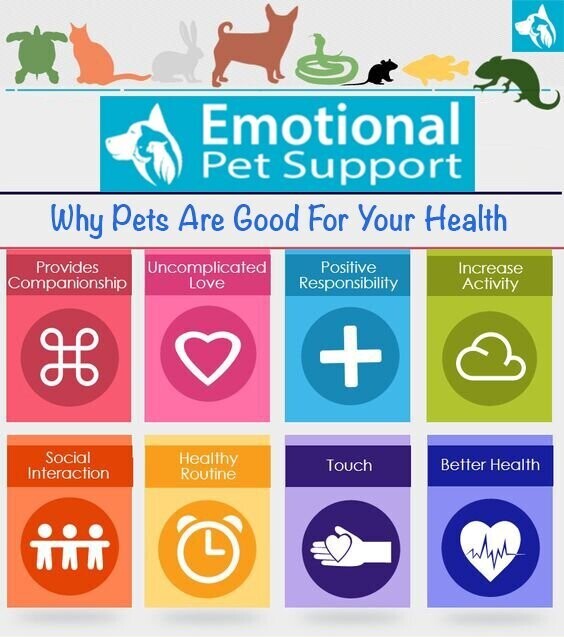 But why? What is responsible for these therapeutic effects? One key aspect appears to be social recognition - the process of identifying another being as someone important and significant to you. The bond that forms between owner and pet is, it seems, similar to the bond that a mother forms with her baby.

The importance of social recognition is increasingly acknowledged for the role it plays in helping us form networks. We now understand that healthy social bonds can play a key role in mental health; without them, we become lonely, depressed and physically unwell. And pets, it seems, can fulfil that role. Academic and psychologist June McNicholas points out that pets can be a lifeline for socially isolated people.

"Pet care and self-care are linked. When you take a dog out for a walk, people talk to you and that may be the only social contact an isolated person has the whole day. If you have a cat, you can have a conversation standing in the cat food aisle in the supermarket, deciding which brand to buy. When pet owners leave the house to buy pet food, they're more likely to buy food for themselves and when they feed their pet, they'll sit down to eat too. People with disabilities often find that able-bodied people are socially awkward with them; if they have a dog it breaks down barriers and allows a more comfortable and natural interaction."

Social recognition is something humans share with a few (though not all) mammals, including sheep and prairie voles. We are primed to look after those we have made social bonds with; we don't breastfeed just any old baby and we don't take random dogs home from the park. Author and researcher Meg Daley Olmert explains "When we call our dog, 'our baby' it is because we recognise it on a neural level as such. And this recognition triggers the same maternal bonding brain networks that allow a mother to look at her red, slimy newborn and say, 'mine!'"

A small study of functional MRI brain scans in 18 women showed similar responses in regions involved in reward, emotion and affiliation when the women looked at images of their child and pet dog.There were important differences though; dogs caused activity in the fusiform gyrus (involved in facial recognition) and babies in the tegmentum (centres of reward and affiliation). We love our pets, but in a fire we're primed to save the baby. 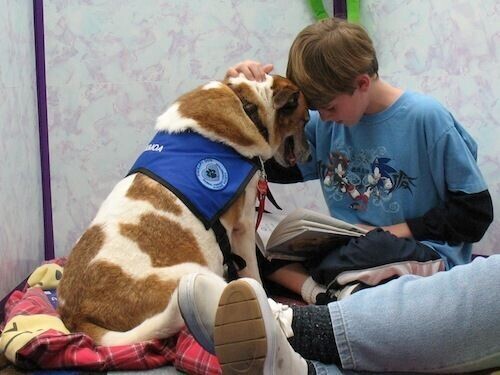 Although scientists have some understanding of social recognition and where it takes place in the brain, we still don't entirely understand how it happens. The missing link could be oxytocin, the so-called "hug", "love" or "cuddle" hormone. Oxytocin has a key role in both childbirth, lactation and sperm movement, but it also has an increasingly recognised role in our social behaviour, acting as a chemical messenger in pathways that control sexual arousal, recognition, trust, mother-infant and human-pet bonding.

Oxytocin works in tandem with another brain hormone, vasopressin, to help to modulate our response to stress and deal with social situations. Unsurprisingly, there's a lot of interest in a possible role for oxytocin in addiction, brain injury, anorexia, depression, autism and severe anxiety.

And there are other reasons that pets and therapy animals are increasingly recognised as being good for our mental health. In addition to helping to alleviate stress, anxiety, depression and loneliness, there are all the benefits that come from having to exercise a dog. Daily walks outdoors boost physical and emotional wellbeing. Chucking sticks, picking up balls - even scooping up dog poo - can provide an all-round workout. Increasingly that knowledge is being turned to practical use, with some lovely effects. When the Centre for Mental Health ran an evaluation on therapy dogs in prisons, for example, the feedback was off the scale. "I don't know what it is, but even when I am running around with [the dog] I just feel better inside, calmer, more peaceful," said one prisoner. Another told the interviewer: "Dogs have a magic effect on you, you can feel their love and that just makes you feel better inside you." The good feelings persist even after the dogs have left, the reviewers found, with one subject saying: "I just walk around for the rest of the day on cloud nine." 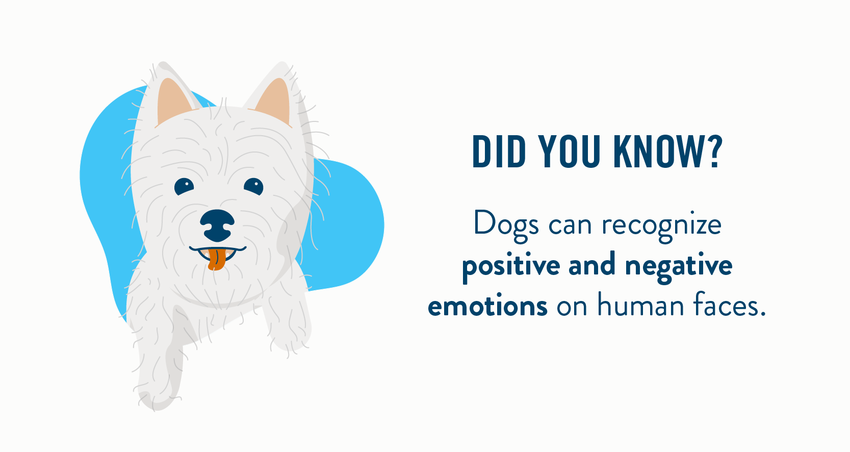 Some of the UK's most dangerous and violent mental health patients are cared for in one of four high-security psychiatric hospitals. Most are diagnosed with schizophrenia and stay an average of seven years. The State hospital in South Lanarkshire, Scotland, is one of these facilities and runs an animal therapy centre which gives patients the chance to pet and care for a range of animals including chipmunks, rabbits, hens, geese, pygmy goats and pigs.

Staff say that animal therapy helps to develop problem-solving skills, empathy, attention to the needs of others, a sense of responsibility and a way of channelling aggressive thoughts among individuals who have proved hard to reach with conventional psychiatric drugs and talking therapies. But what if you don't have a pet? Is there any shortcut to reproducing the beneficial effects? One candidate is sildenafil (Viagra). Having sex causes an oxytocin surge in the brain and taking Viagra may reproduce that surge without the faff of mating. A more practical idea might be an oxytocin spray or tablet. But biologist Sue Carter says that translating naturally occurring oxytocin into a commercially available product is challenging. Oxytocin has unique chemical properties and can shift form, making it hard to work with and measure. Importantly, "the effects of oxytocin are context dependent, sexually dimorphic (different in men and women), and altered by experience." Honestly? Gazing into your dog's eyes may produce a more reliable sense of wellbeing than any commercially available synthetic product.