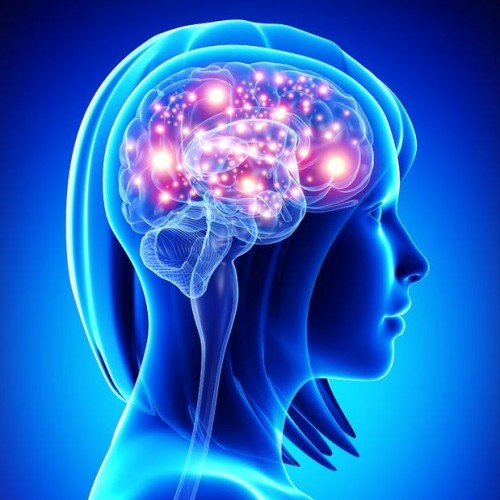 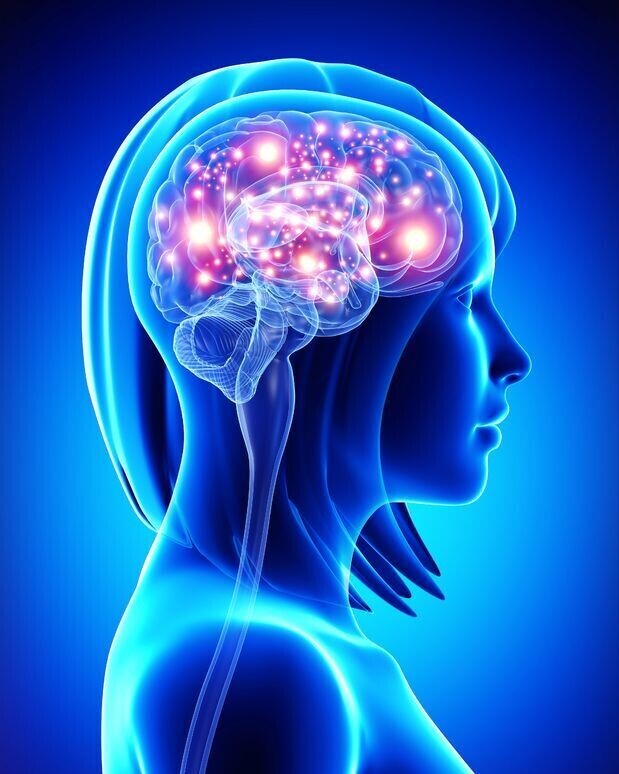 Your internal monologue shapes mental wellbeing, says psychologist Ethan Kross. He has the tools to improve your mind's backchat. s Ethan Kross, an American experimental psychologist and neuroscientist, will cheerfully testify, the person who doesn't sometimes find themselves listening to an unhelpful voice in their head probably doesn't exist.

Ten years ago, Kross found himself sitting up late at night with a baseball bat in his hand, waiting for an imaginary assailant he was convinced was about to break into his house - a figure conjured by his frantic mind after he received a threatening letter from a stranger who'd seen him on TV. Kross, whose area of research is the science of introspection, knew that he was overreacting; that he had fallen victim to what he calls "chatter".

But telling himself this did no good at all. At the peak of his anxiety, his negative thoughts running wildly on a loop, he found himself, somewhat comically, Googling "bodyguards for academics". Kross runs the wonderfully named Emotion and Self Control Lab at Michigan University, an institution he founded and where he has devoted the greater part of his career to studying the silent conversations people have with themselves: internal dialogues that powerfully influence how they live their lives.

Why, he and his colleagues want to know, do some people benefit from turning inwards to understand their feelings, while others are apt to fall apart when they engage in precisely the same behaviour? Are there right and wrong ways to communicate with yourself, and if so, are there techniques that might usefully be employed by those with inner voices that are just a little too loud?

Down the years, Kross has found answers to some, if not all, of these questions, and now he has collected these findings in a new book - a manual he hopes will improve the lives of those who read it. "We're not going to rid the world of anxiety and depression," he says, of Chatter: The Voice in Our Head and How to Harness It. "This is not a happy pill, and negative emotions are good in small doses. But it is possible to turn down the temperature a bit when it's running too high, and doing this can help all of us manage our experiences more effectively."

According to Kross, who talks to me on Zoom from his home in a snowy Ann Arbor, there now exists a robust body of research to show that when we experience distress - something MRI scans suggest has a physical component as well as an emotional one - engaging in introspection can do "significantly" more harm than good. Our thoughts, he says, don't save us from ourselves. Rather, they give rise to something insidious: the kind of negative cycles that turn the singular capacity of human beings for introspection into a curse rather than a blessing, with potentially grave consequences both for our mental and physical health (introspection of the wrong sort can even contribute to faster ageing). 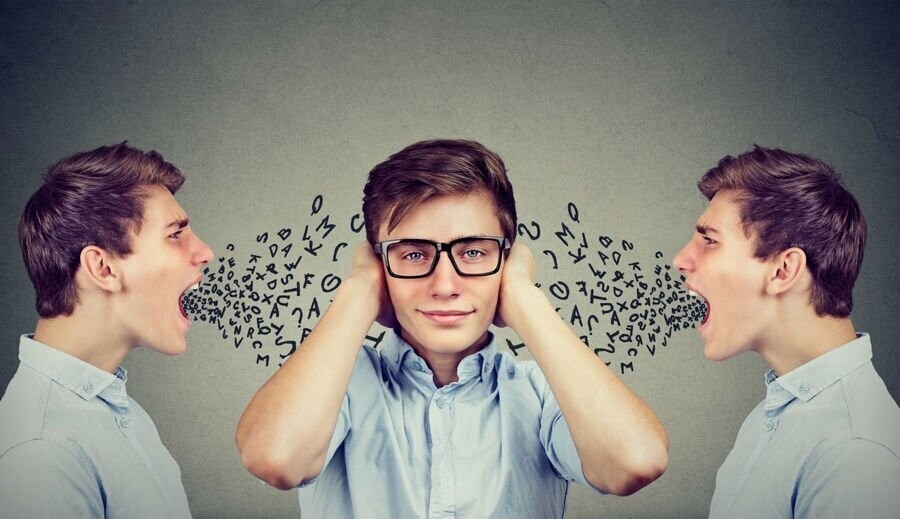 Does this mean that it's not, after all, good to talk? That those in therapy should immediately cancel their next appointment? Not exactly. "Avoiding our emotions across the board is not a good thing," he says. "But let's think about distance instead. Some people equate this word with avoidance and repression. But I think of it as the ability to step back and reflect, to widen the lens, to get some perspective. We're not avoiding something by doing this, we're just not getting overwhelmed."

According to one study, we talk to ourselves at a rate equivalent to speaking 4,000 words per minute (by way of comparison, the American president's State of the Union address, which usually runs to about 6,000 words, lasts more than an hour). No wonder, then, that listening to it can be exhausting, whether it takes the form of a rambling soliloquy, or a compulsive rehashing of events, a free-associative pinballing from one thought to another or a furious internal dialogue.

But if such noise can be paralysing, it can also be self-sabotaging. What we experience on the inside can blot out almost everything else if we let it. A study published in 2010, for instance, shows that inner experiences consistently dwarf outer ones - something that, as Kross notes, speaks to the fact that once a "ruminative" thought takes hold of us, it can ruin even the best party, the most longed-for new job. Why do some people have a louder or more troubling inner voice than others? "That's harder to answer," he says. "There are so many ways it can be activated, some genetic, some environmental." What is certain is that these experiences cannot be discounted: "The data is overwhelming when it comes to the connection between anxiety and physical health conditions." Those who are able to quieten their inner voice are happier; their sense of relief can be palpable. 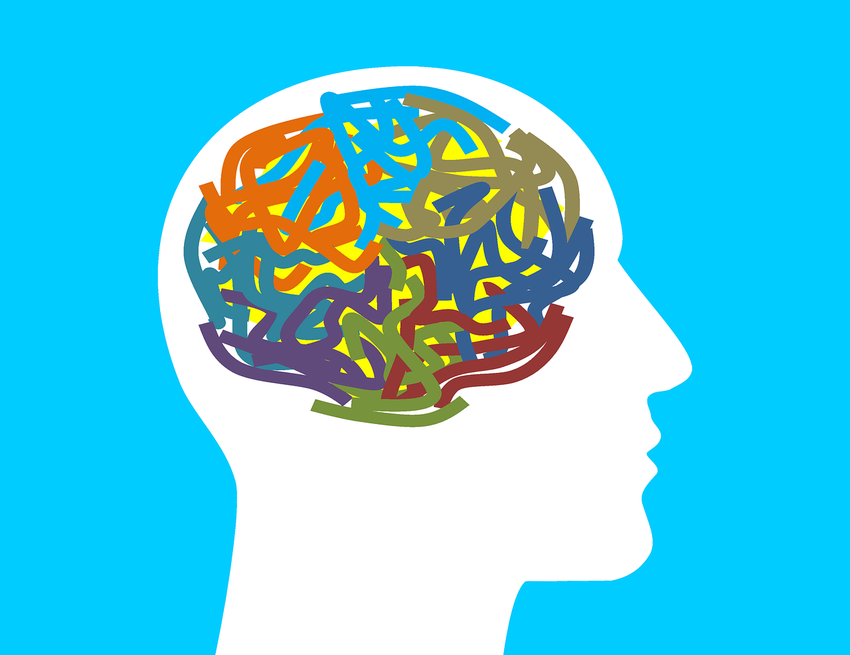 What is interesting about the science involved in all this is how it both backs up, and goes against, intuition. Much of Kross's book is devoted to what he calls the "toolbox" of techniques that can be used to dial down chatter, and while some of these seem to contradict all that we think and feel - "venting", for instance, can do a person more harm than good, because talking about negative experiences with friends can often work as a repellent, pushing away those you need most - others confirm that when we act on certain instincts, we're right to do so.

To take one example, if you are the kind of person who slips into the second or third person when you are in a flap ("Rachel, you should calm down; this is not the end of the world"), you really are doing yourself some good. What Kross calls "distanced self-talk" is, according to experiments he has run, one of the fastest and most straightforward ways of gaining emotional perspective: a "psychological hack" that is embedded in "the fabric of human language". Talking to yourself like this - as if you were another person altogether - isn't only calming. Kross's work shows that it can help you make a better impression, or improve your performance in, say, a job interview. It may also enable you to reframe what seems like an impossibility as a challenge, one to which, with your own encouragement, you may be able to rise. Some of his other techniques are already well known: the power of touch (put your arms around someone); the power of nature (put your arms around a tree). Activities that induce "awe" - a walk in the mountains, say, or time spent in front of a magnificent work of art - are also useful, helping with that sense of perspective. Writing a daily journal can prove efficacious for some (something that felt terrible one day physically becoming old news the next), while neat freaks like me will be thrilled to discover that what he calls "compensatory control" - the creation of exterior order, better known as tidying up - really does have an impact on interior order. Reorganise your sock drawer, and you may find that your voice quietens.

Research shows, too, that superstitions, rituals and lucky charms can be useful, though most of us will draw the line at, say, taking our milk teeth with us when we fly, as the model Heidi Klum is said to (she keeps hers in a tiny bag, which she clutches during turbulence). Placebos have been found to work on chatter, just as they do in the case of some physical illnesses. In one study in which Kross was involved, a saline nasal spray acted as a kind of painkiller for the inner voice: data from brain scans showed that those who'd inhaled it, having believed they were inhaling a painkiller, displayed significantly less activity in their brain's social-pain circuitry compared with those who knew they had inhaled only a saline solution.

No wonder, then, that Kross believes children should be taught the science behind all of these ideas, and in the US he has already begun working with teachers to make this happen: "We want to find out if knowing this stuff influences how they regulate themselves." Does he make use of the toolbox? (Physician, heal thyself.) "We should probably ask my wife," he laughs. "But yes, I do, absolutely. I'm human, too." In particular, he is "very selective" when it comes to friends from whom he seeks "chatter support". 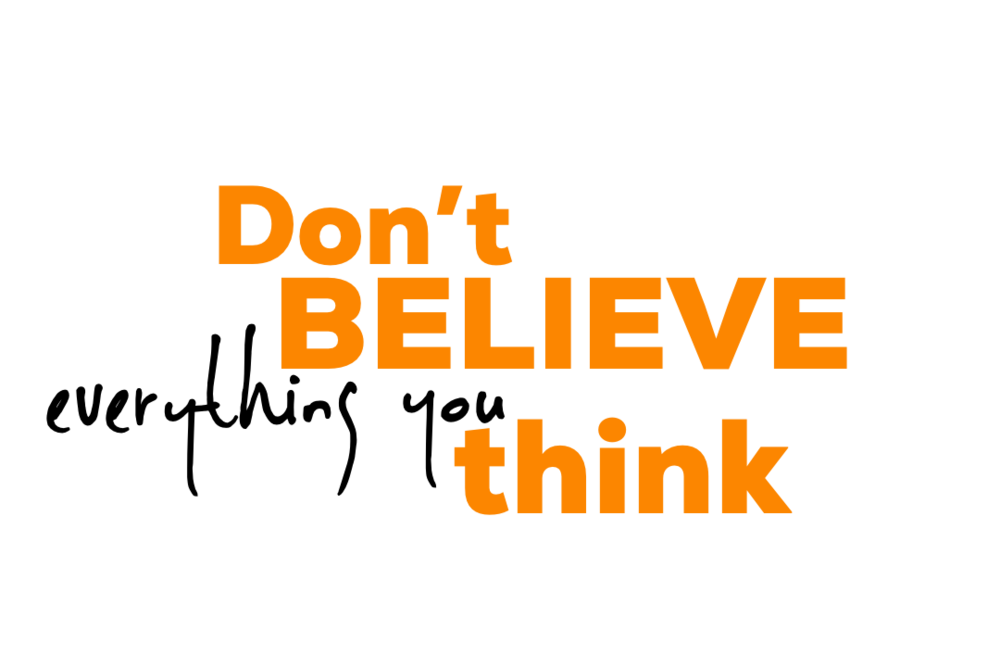 Kross finished his book long before the outbreak of the pandemic, let alone the storming of the Capitol. But as he observes, it could hardly be published at a more opportune moment. "This is the perfect chatter episode for society: a once-in-a-lifetime pandemic, political uncertainty, widespread groupthink." His most cited paper to date looked at the harmful implications of social media, often "a giant megaphone" for the inner voice - Facebook expressly asks its users: "What's on your mind?" - and an environment that he thinks we need to learn to navigate with more care.

As for the pandemic, though, he is less pessimistic than some about the effects it is likely to have long-term on mental health. "We are already seeing signs that depression and anxiety are spiking," he says. "Everyday feelings of sadness are elevated for many, and then there are more full-blown episodes. But there is also a lot of resilience, and we often underestimate that. A lot of people are doing quite well. They're managing this hardship in an adaptive way. I am an optimist. We will return, I think, to a nicer place, though how quickly that will happen, I only wish I could say."

Which technique should the pandemic-anxious deploy? "Well, one that I personally rely on is temporal distancing," he says. This requires a person to look ahead: to see themselves determinedly in the future. Studies show that if you ask those going through a difficult experience how they will feel about it in 10 years' time, rather than tomorrow, their troubles immediately seem more temporary. Does this really help him? "Yes, it does. I ask myself how I am going to feel a year from now, when I'm back in the office, and I'm seeing my colleagues, and travelling again, and taking my kids to soccer - and it gives me hope." It is, as he says in his book, a form of time travel: a mental Tardis that, if only we can manage to board it, may make everything from a bereavement right down to a silly argument seem less brutal, just a little easier to bear.