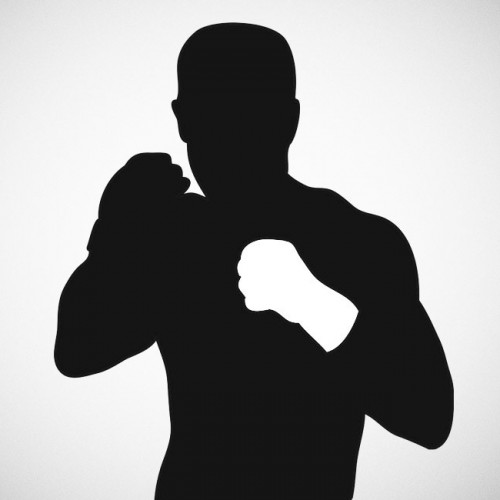 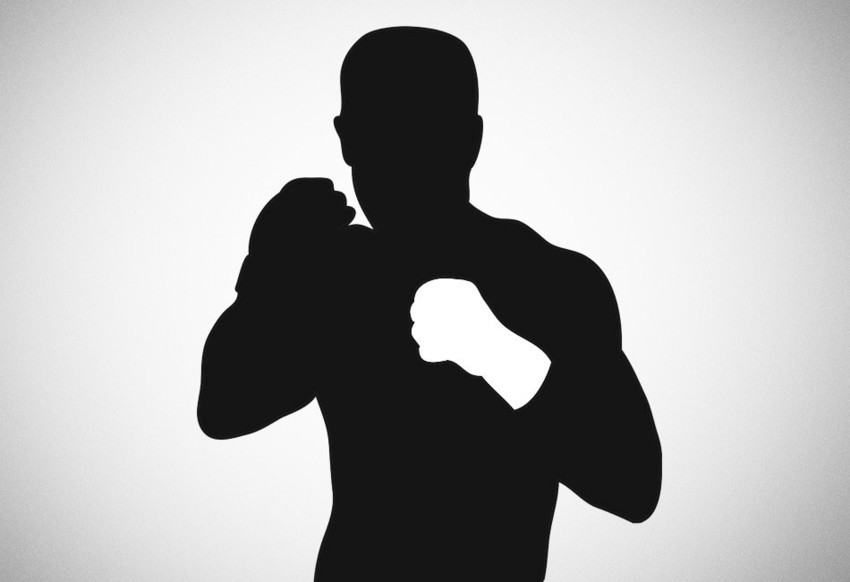 A daily plan to improve your mental fitness: With a growing awareness and understanding of mental health problems - and an acceptance that they can happen indiscriminately to anyone - we are slowly accepting that we have to work on our mental health as much as our physical health. Along with a rise in people with the most severe symptoms, according to a NHS Digital study, general anxiety disorders are on the rise, too: a study of UK adults by Headspace found that 67 per cent of people feel more stressed than they were five years ago.

But we're getting better at talking about it. In the UK, according to research released today by Ipsos MORI and the Policy Institute at King's College London, four in five of us say that our mental health is as important as our physical health. Out of the 20,000 people surveyed, 68pc said seeing a mental health professional is a sign of strength.

We're realising that just as with physical fitness, it's small daily habits that make the big difference in the long run to how we feel. "Small things add up exponentially," psychologist Linda Blair agrees. "Everything is finite, so if you save up for a holiday in the summer once a year, then when it's over, that's it for the whole year. But if instead you take a moment or two several times a day, every day, to implement smaller changes, then in the long run you'll feel better." While there is no substitute for professional help for those who have serious problems, adding in some small daily habits can benefit all of us - as long as we don't feel stressed out by the thought of adding even more into a busy day. Remember, these are suggestions to slowly add into your routine, not a prescription to live by.

It might not feel like it when the alarm goes off, but if you can get up and open the curtains to watch the sunrise, rather than pressing snooze, it can have surprising mental health benefits. "It gives you a fresh feeling for the day that is so energising," Blair says. She adds that there's always the option to get back under the covers.

But now you're up, go out for a run - or a ride, or a swim, or whatever. "Exercise strengthens your self-control, brings a sense of achievement and improves your physical self-esteem," Professor Andy Lane, Sports Psychologist at The Centre for Health and Human Performance says. While time of day isn't important, Prof Lane recommends exercising at the start of the day. "It gives you a sense of accomplishment and develops a physical sense of self-worth at the start of the day." As for the type of exercise you do... it doesn't really matter. While different studies promote benefits of one type of exercise over another - a recent study this year found that hatha yoga had anxiety reducing effects for women - when Prof Lane and his colleagues studied it, they found, unsurprisingly, that the best exercise was simply the one you like most.

Whether you're taking the kids to school or going to work, varying the way you get there can help. "It focuses your mind on what's happening right now, which direction you have to travel, rather than that anxious voice in your head that says, "Oh god, I wonder if what I said yesterday was stupid," Blair advises. "It gives you a little break from those thoughts."

11.00am - purge your online connections

We spend about 142 minutes per day on social media, according to report by the Global Web Index - and studies show that it can make us miserable. While full-on digital detoxes are rarely practical, or even desirable, mental health campaigner Jada Sezer (who has 266k followers on Instagram) recommends a monthly purge. "Unfollow or mute accounts that don't actively make you feel happy and inspired. Don't forget, you have the power to curate your feed." A good exercise to do during that mid-morning lull at work, rather than scrolling mindlessly through Instagram updates.

You really can eat yourself happy, thanks to friendly gut bacteria. "The gut/brain axis is where it's at," confirms Dr Megan Rossi, author of Eat Yourself Healthy, and the woman behind the popular @theguthealthdoctor account on Instagram. She points to a landmark study in 2017 that showed that following a gut-boosting diet (delivering 50g of fibre per day, rather than the paltry 20g or less most of us manage) "significantly improved people's depression scores after 12 weeks compared to a placebo." Dr Rossi says that we should aim for 30 different plant-based foods per week, including wholegrains, vegetables, fruit, nuts, seeds and legumes. "It's not as difficult as it sounds," she says. "A teaspoon of mixed seeds on whatever you're having for breakfast will give you three points, or when you buy broccoli get the multi variety pack for extra diversity." She adds that we should opt for extra virgin olive oil, which is full of plant chemicals (known as polyphenols) that feed our gut bacteria. "Plant based diversity feeds a diverse range of gut bacteria, and having a more diverse range of gut bacteria is linked with better mental health." 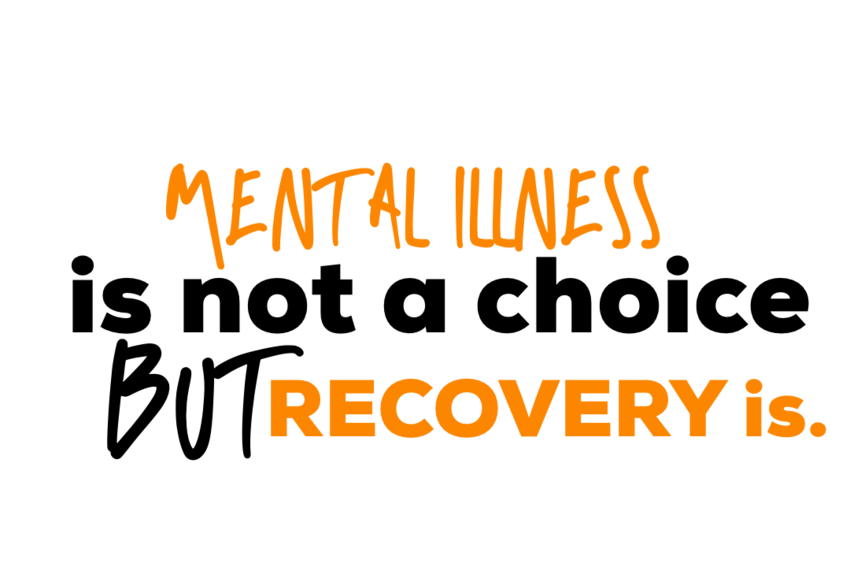 It doesn't matter how wealthy you are - there's one thing that makes you happier when it comes to your finances. In the course of researching her book, The Power of Talking about Money, Alex Holder said she spoke to hundreds of people about what they earned, from millionaires to those on average salaries to people earning minimum wage or even on benefits. "One thing I took from these conversations was that money can't buy happiness - but a sense of control over your finances can," she says.

"People who spent less than they earned, checked in on their bank balance, avoided FOMO spending, practiced mindful spending and weren't in debt (or were taking steps to get out of it) were happier than those bulldozing through thousands of pounds each month not knowing where it was going and with no idea how far into their overdraft they would be by payday."

Journaling has been adopted en masse by the wellness set, but there is serious scientific research, including two published in the Journal of Research in Personality, that shows how it can reduce stress. It's particularly good for midlifers with to-do lists and caring responsibilities that seem to only get bigger, not smaller. Zoe Blaskey, a life coach and founder of Motherkind, says it's her top tip for improving her own mental health. "It works because it gets us out of our heads, gives perspective, and a connection back to ourselves amongst all the running around and business.

You only need two to five minutes, you can do it anywhere at any time. I use a pen and paper, but you can even do it on your phone." She suggests asking yourself, 'How am I feeling right now? What do I need? What words do I need to hear? What am I grateful for?' Try it on your commute home. 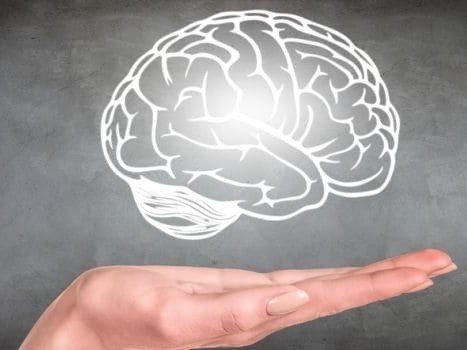 Instead of plopping down on the sofa, try opening your lungs - and voice box. Mark de Lisser, the founder of Singology choirs who regularly appears on The Voice and who also arranged 'Stand by Me' for the Duke and Duchess of Sussex's wedding, says that singing is a "natural antidepressant." Research by the University of Oxford backs him up: as well as releasing neurochemicals and reducing our stress hormone, singing in groups is a bonding activity. "I do believe that singing can change lives, but even on a small scale, on a daily basis, it makes people feel good about themselves," de Lisser adds.

We've heard it a thousand times: meditation is good for our mental health. But it's true. In a review of nearly 19,000 meditation studies, researchers from Johns Hopkins University concluded that mindful meditation really can ease conditions including anxiety and depression. Catherine Turner, meditation mentor at the Khera-Griggs Cleanse Clinic at Urban Retreat says that Vedic meditation, which involves repeating a mantra, can help reset the body's flight or fight response. "Research has shown that this form of effortless repetition of mantra relaxes the body and nervous system at a profound level. This has a 'butterfly' effect on our ability to wind down so that the body is able to release sleep hormones such as melatonin more easily."

We know from countless studies that poor sleep is linked to decreased mental health. So how do we get more sleep? Howard Napper, a yoga expert and wellbeing advocate at Urban Retreat, says that one of his favourite hacks for falling asleep is to listen to the sound of the human voice. "There is an evolutionary benefit to hearing ambient voices of people awake and keeping guard, which would lead to feeling secure when you are going through the vulnerable period of falling asleep. This can be in the form of a podcast or guided meditation set on a timer."