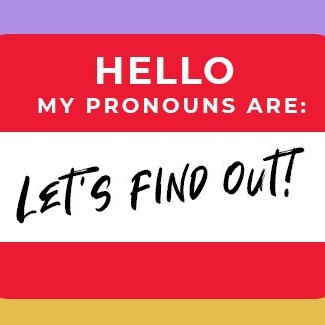 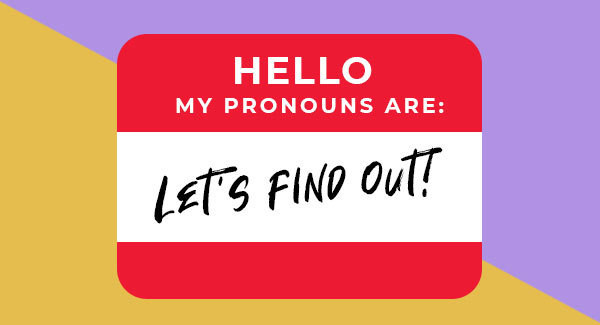 He, she, they ... should we now clarify our preferred pronouns when we say hello? Pronoun introductions are seen as a positive step towards a better understanding of gender - but it's complicated. The internet is an unforgiving place. Use the wrong words, express the wrong opinion, and you can quickly find yourself "cancelled". One of the latest victims of the internet cancellation machine is Natalie Wynn, a trans woman who has built a large following on her YouTube channel ContraPoints. Wynn is known for her smart, surreal, Wildesque video essays, which explore everything from incels to capitalism and frequently get more than a million views.

Refreshingly, Wynn thinks about things rather than shouts about them; she embraces nuance. She is, to borrow a phrase the New York Times bizarrely used to describe the rightwing pundit Ben Shapiro, "the cool kid's philosopher".

But last week, she became persona non grata. Her crime? Wynn tweeted that she wasn't always a big fan of "pronoun introductions": an exercise in which people go around and say their names alongside their preferred pronouns. Wynn's issue with the practice is that even though the whole point is to foster inclusivity, it can make her feel like she doesn't fit in.

"There's this paradox where I can go to a sports bar in North Carolina and be miss/ma'amed all night, no question," Wynn tweeted. "But in self-consciously trans-inclusive spaces I have to explain my pronouns and watch woke people awkwardly correct themselves every time they say 'you guys'."

Wynn added: "I guess [pronoun introductions are] good for people who use they/them only and want only gender neutral language. But it comes at the minor expense of semi-passable transes like me, and that's super fucking hard for us."

(If you know Wynn's work, the last words should be read with a hint of self-deprecation.)

Wynn was quickly inundated by angry messages from a small number of highly vocal non-binary people who thought she was invalidating their identity. She was also accused of benefiting from "passing privilege" because she is a conventionally attractive white woman. The backlash was so bad that Wynn deleted her Twitter account. The anger doesn't appear to have abated - this week, rumours that Wynn has been doxxed started circulating.

the politicization of pronouns

Little attention used to be paid to pronouns. In recent years, however, they have become a cornerstone of the culture wars. Pronoun preferences are a favourite joke among unimaginative reactionaries who use them as proof that "snowflake millennials" just want to feel special. In Dave Chappelle's latest Netflix stand-up special, for example, he jokes: "Hey, what's going on, fellas? Lady. Whatever pronoun makes you feel comfortable in the back."

Meanwhile, pronoun introductions have become an established feature of some progressive spaces and university campuses. Many view this as a positive step towards a more nuanced understanding of gender. As Darius Hickman, a 23-year-old non-binary poet in New York says, these introductions mean people who don't conform to traditional views of binary gender don't feel alienated. "Relying on clocking people's gender based on appearances is harmful, especially since some people - oftentimes non-binary folks - can happen to look strictly binary, and a simple pronoun check makes things easier for everyone, including folks whose gender isn't easy to tell."

But when gender is so complex and personal, is there really any such thing as a "simple" pronoun check? At this stage, I should probably note that although I identify as a Progressive Lesbian™, the pressure of pronoun introductions often makes me feel uncomfortable. Actively announcing myself as a she/her makes it seem like I'm making my entire identity about my gender, which feels regressive. Further, while pronoun introductions are supposed to be about recognizing that gender is complex, it sometimes seems as though they - paradoxically - reinforce gender binaries. Announcing yourself as a "she", "he" or "they" would appear to buy into the notion that a "he" is completely different from a "she" - and if you don't subscribe to traditional gender roles you should identify yourself as a "they". 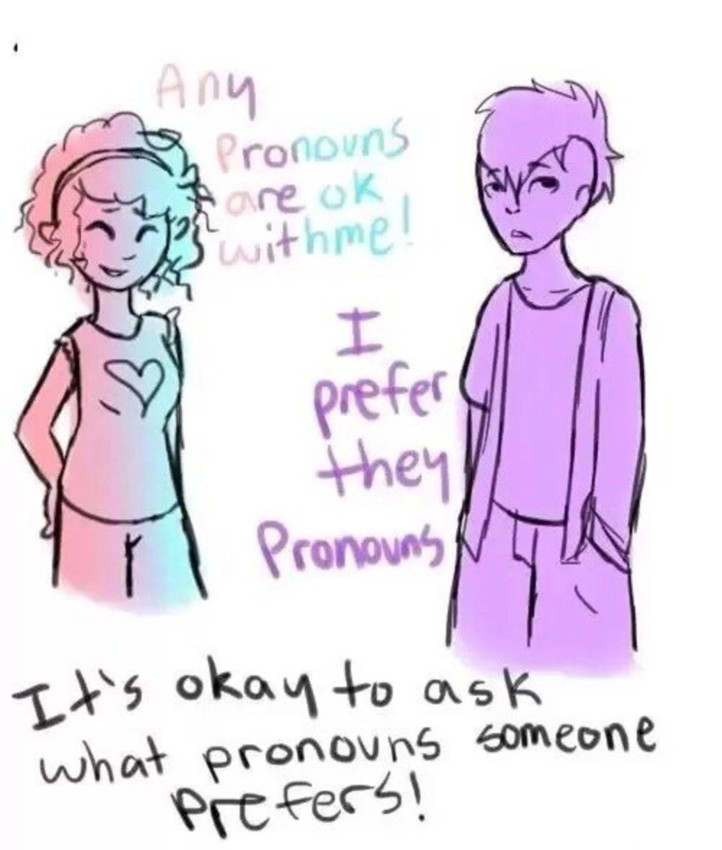 Wouldn't it be better if we just worked towards a future where "he" and "she" weren't weighted with so much meaning? What if we worked to break those limitations down instead?

Perhaps. But, notes Lal Zimman, an assistant professor at the University of California, Santa Barbara who focusses on the linguistic practices of LGBQT speakers, we can't escape the fact that pronouns play an important role in how we see the world. Like it or not, "we tend to take a lot of social cues from pronouns. Even hearing a pronoun in a sentence can make you picture someone very differently." Being more mindful about them "challenges people's ideas about how gender works in a fundamental way".

That isn't to say that pronoun introductions are entirely without difficulty. "I think Wynn is absolutely right that people engage with that practice in ways that can be somewhat problematic," Zimman says. Sometimes pronoun introductions only happen when a gender non-conforming person is in the room, for example. Naturally, that person can feel singled out. In Zimman's view, you solve this problem by normalizing pronoun introduction so everyone is clear it is standard and hasn't been rolled out specifically for them.

It's not just people feeling singled out that is potentially problematic, however; pronoun introductions can be uncomfortable for people who are still figuring out their gender identity. Rachel Levin, a professor at Pomona College, has observed this on a number of occasions among her students, inspiring her to write a piece for Inside Higher Ed last year that suggested "asking everyone their preferred personal pronoun is not a good idea".

"Undergrads are often still in the process of finding themselves," Levin says. They're often still a work in progress. Pronoun introductions can "force people to out themselves or lie in a room full of strangers. Let's not make the most marginalized people in the room feel uncomfortable by posing as allies."

Levin doesn't avoid the issue of pronouns altogether. "I usually make some statements to the class about the importance of pronouns and why I'm not asking," she explains, "so that allyship and responsibility is signaled and nobody is made uncomfortable." She also emails students before the class begins asking them to let her know if they have any concerns about correct pronoun usage, or if their name hasn't been officially recorded. 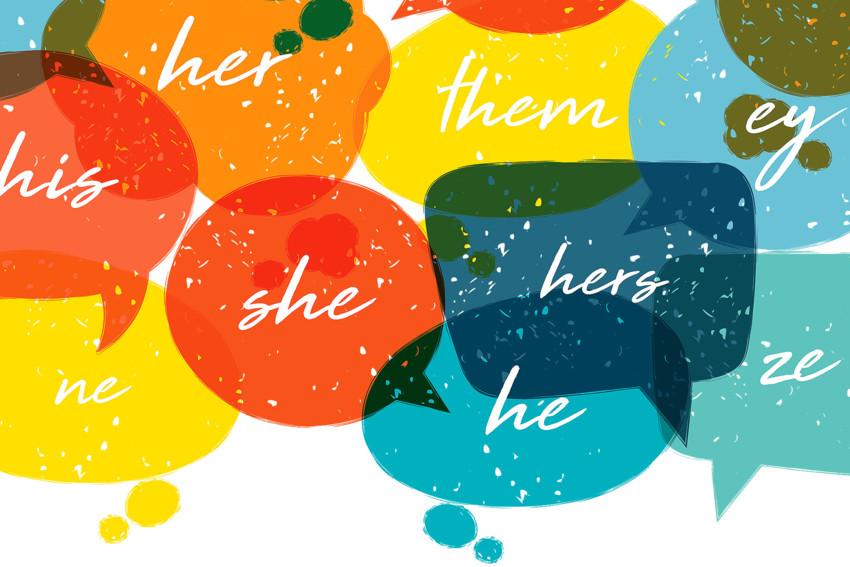 Is 'they' the answer to the pronoun problem? What about the growing popularity of the singular "they"? About one in five Americans say they personally know someone who prefers a gender-neutral pronoun like "they" rather than he/she, according to a Pew Research Center survey conducted in fall 2018. They has become so mainstream that, earlier this year, a New York Times op-ed columnist announced that we should all move away "from the stifling prison of gender expectations" and use "they".

This may seem like a neat way of avoiding pronoun problems, but it is reductive. Professor Grace Lavery at UC Berkley notes that "people outside the trans community tend to assume that 'they' is a catch-all - but it isn't. For plenty of trans and non-binary people, 'they' has very concrete and distinctive meanings. I don't think it's a generalizable term. Additionally, for binary trans people, 'they' is often a place where we get stuck - people prepared to acknowledge some of our transition, but not all of it. Assuming pronouns in advance, even neutral ones, can lead to significant problems."

Zimman echoes this, explaining that a blanket use of "they" doesn't align with the idea that people should have some agency in how they are referred to. "I like to think of someone's pronouns in a similar way to how I'd think about their name. You can't just look at someone and say, 'Hey, you look like a Stephanie - that's what I'm going to call you.'"

"We manage to learn a lot of names over the course of our lives," Zimman adds. "We learn names that are unusual or hard to pronounce. We recognize that's just part of being a human being and having positive relationships with other humans. I'd like to see the same attitude applied to pronouns."

At this stage I should probably wrap everything up with a tidy conclusion. But I think the key message is that there are no tidy conclusions - other than the fact that we should treat each other with kindness and respect. Gender is messy and complicated and incredibly emotional. Pronouns are personal, and everybody's relationship with them is different. Which, I think, is sort of what Wynn was trying to say before she was cancelled.