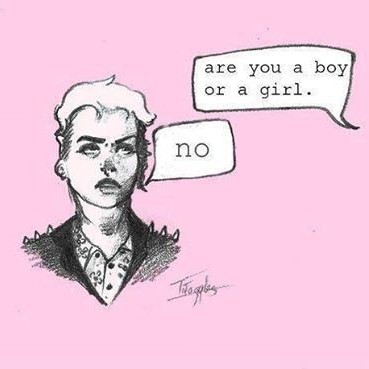 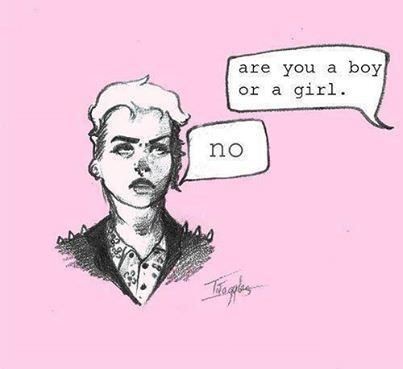 What does gender nonconforming mean? Sex is a group of biological traits linked to reproduction. This is different, however, from gender. Gender is the set of roles, expectations, and scripts (generally called "norms") that we ascribe to different sexes. Gender is socially constructed—meaning that gender roles appear when humans live in groups—and can vary from culture to culture.

the problem with gender roles

Gender roles, despite existing wherever humans live together, can be oppressive and even harmful. A man can have a gentle and motherly character and be unable to express it because it is too "feminine." A woman can be athletic and stoic and people will call her a "tomboy." Women who dress in a masculine way are often thrown out of women's bathrooms. Men who dress in feminine ways are laughed at, bullied, or worse.

When taken to an extreme, upholding gender conformity can cause violence and death. Trans women are assaulted and killed for simply being trans. Gay men and lesbians are also victims of violence because they are not attracted to the gender they are "supposed" to be attracted to. There are many structures, institutions, and beliefs that try to keep men and women in neat, separate boxes.

When someone breaks out of the box, they are met with ridicule, disdain, and violence, with the ultimate goal of forcing them to conform. Gender roles limit what any person can do, and reduce a person's life to what he/she "should" do. It forces people to perform what is expected of them, rather than live authentically as who they feel they are.

Gender nonconformity is simply not conforming to gender roles. In practice, it can mean things as simple as a woman wearing a tie, or something as complex and life-changing as transitioning from one gender to another. There are obvious problems with using "nonconformity" as a way to describe people who don't follow gender norms. It implies that conformity is a good and desirable thing, rather than something that harms everyone.

Most of us have something nonconforming about the way we live and express our gender. Some women don't wear makeup but otherwise dress feminine. Some men prefer to be stay-at-home dads.

Living out every gender norm in our culture is an impossible task. However, researchers of gender and gender norms have known for a long time that seeing transgression of gender norms makes people uncomfortable. People who transgress gender norms are also seen as being lower in social status, not being straight, and having values that are radically different from our own.

This discomfort comes from an ingrained human need to categorize people. And the most essential category we have for classifying humans is gender: is this person a man or a woman? This categorization allows a lot of other judgments to be made: if this person is dangerous, if this person is a potential mate, what this person possibly does for a living, and more. When we meet someone we can't categorize easily, we generally react with discomfort and confusion. 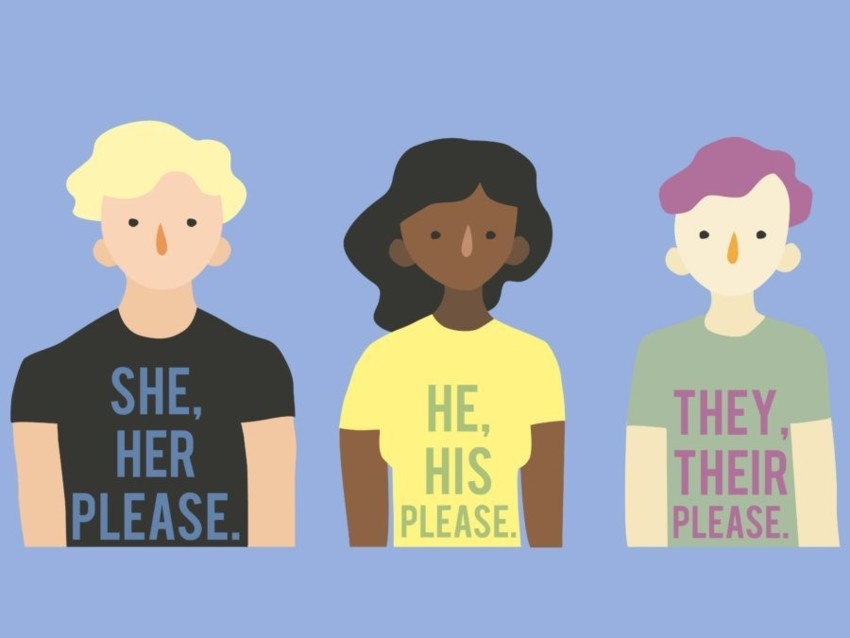 People who identify with the gender they were assigned at birth are called cisgender. (Cis means "this side" and trans means "that side" or "across.") Transgender people are often required to perform their gender to an extreme in order to be accepted.

Transgender women, for example, often feel forced to be ultra-feminine in ways that cisgender women don't have to be. Despite the inherent gender nonconformity of being transgender, there is even more pressure on transgender people to perform their gender identity in very visible and obvious ways—this is so they can acceptably "join" whatever gender identity they align with. To do otherwise means to risk their acceptance as a man or a woman.

Looking at gender nonconformity and transgender performance of gender puts cisgender privilege into stark contrast. While transgender people are already at risk of violence simply for being transgender, they are further ostracized and oppressed if they do not perform their gender identity visibly and perfectly.

On the other hand, cisgender people are allowed much more leeway in their gender presentation. A cisgender woman who doesn't wear makeup may be judged as unkempt or lacking pride in her appearance, but she is not likely to be called "not a real woman."

A transgender woman who doesn't wear makeup or wear high heels, however, might face much harsher penalties in society. She might experience anything from misgendering and exclusion to even physical violence.

Similarly, a cisgender man who occasionally breaks gender norms is seen as a socially aware person and a positive role model, but a transgender man who wears makeup is sometimes automatically dismissed as "fake." 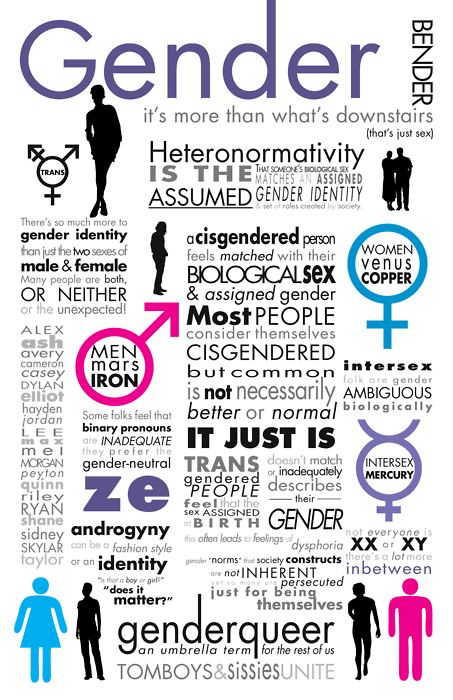 Another issue to address when speaking about gender nonconformity is those who fall under the umbrella of non-binary: agender (who do not identify with any gender), genderfluid (whose gender changes across time), bi+gender (who have more than one gender) and other-gendered (whose gender is not part of the man/woman categories). Many cultures have some concept of a third gender or of non-binary gender identities. These people often occupy special or sacred roles in their societies.

Being gender non-binary does not mean not ever performing gender in typical ways. Many non-binary people have more feminine or masculine presentations, while others prefer a gender-neutral appearance. Appearing feminine or masculine does not, however, cancel out their identity as non-binary. Again, we see cisgenger privilege at play—a cisgender person can make more neutral appearance choices without having their gender identity dismissed, but a non-binary person often faces comments such as "If you prefer feminine clothing, why don't you identify as a woman?"

Gender is flexible and not necessarily related to biology. While the majority of the population has a cisgender identity, there are many who do not. The relaxing of gender roles since the 1960s has allowed a variety of different gender identities to "come out." These identities have always existed, but social and cultural conditions often made it dangerous to express. Violence and oppression related to gender nonconformity is the most pressing problem related to this issue.

We need to learn that gender is not a prescription for life, but rather a stage where people can experiment and express their authentic self.