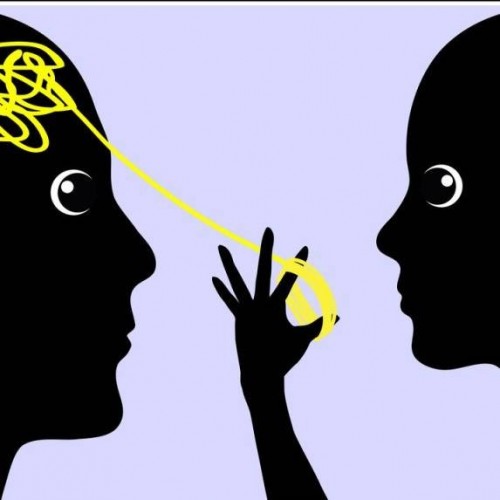 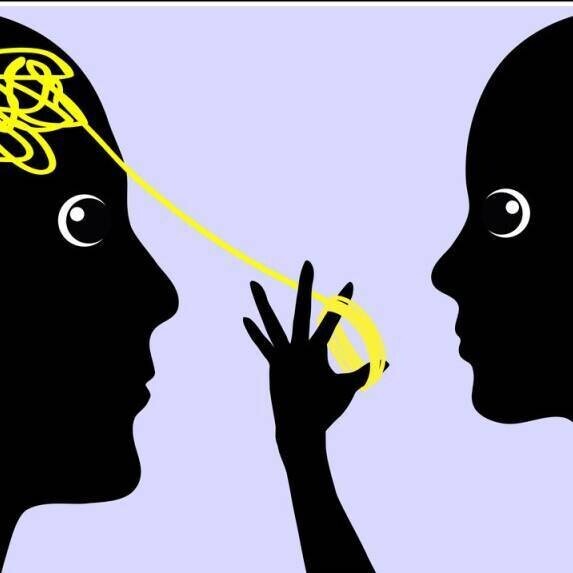 Gaslighting is a manipulation tactic used to gain power. And it works too well. Gaslighting is a tactic in which a person or entity, in order to gain more power, makes a victim question their reality. It works much better than you may think. Anyone is susceptible to gaslighting, and it is a common technique of abusers, dictators, narcissists, and cult leaders.

It is done slowly, so the victim doesn't realize how much they've been brainwashed. For example, in the movie Gaslight (1944), a man manipulates his wife to the point where she thinks she is losing her mind. In my book Gaslighting: Recognize Manipulative and Emotionally Abusive People - and Break Free I detail how gaslighters typically use the following techniques:

1. they tell blatant lies.
You know it's an outright lie. Yet they are telling you this lie with a straight face. Why are they so blatant? Because they're setting up a precedent. Once they tell you a huge lie, you're not sure if anything they say is true. Keeping you unsteady and off-kilter is the goal.

2. they deny they ever said something, even though you have proof.
You know they said they would do something; you know you heard it. But they out and out deny it. It makes you start questioning your reality—maybe they never said that thing. And the more they do this, the more you question your reality and start accepting theirs.

3. they use what is near and dear to you as ammunition.
They know how important your kids are to you, and they know how important your identity is to you. So those may be one of the first things they attack. If you have kids, they tell you that you should not have had those children. They will tell you'd be a worthy person if only you didn't have a long list of negative traits. They attack the foundation of your being.

4. they wear you down over time.
This is one of the insidious things about gaslighting—it is done gradually, over time. A lie here, a lie there, a snide comment every so often...and then it starts ramping up. Even the brightest, most self-aware people can be sucked into gaslighting—it is that effective. It's the "frog in the frying pan" analogy: The heat is turned up slowly, so the frog never realizes what's happening to it.

6. they throw in positive reinforcement to confuse you.
This person or entity that is cutting you down, telling you that you don't have value, is now praising you for something you did. This adds an additional sense of uneasiness. You think, "Well maybe they aren't so bad." Yes, they are. This is a calculated attempt to keep you off-kilter—and again, to question your reality. Also look at what you were praised for; it is probably something that served the gaslighter. 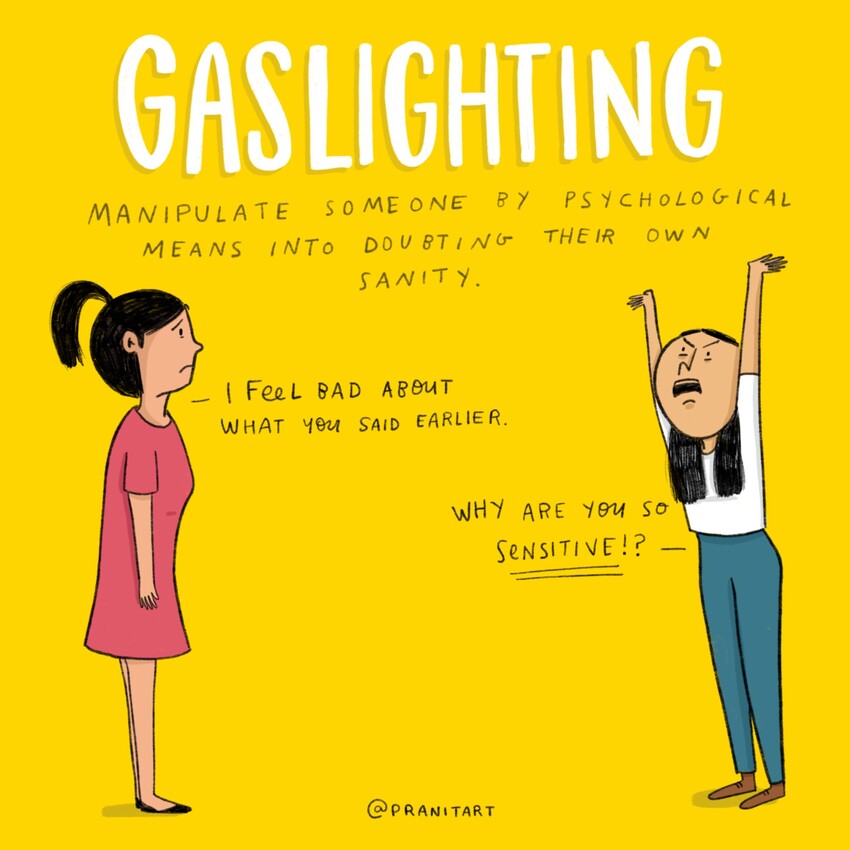 7. they know confusion weakens people.
Gaslighters know that people like having a sense of stability and normalcy. Their goal is to uproot this and make you constantly question everything. And humans' natural tendency is to look to the person or entity that will help you feel more stable—and that happens to be the gaslighter.

8. they project.
They are a drug user or a cheater, yet they are constantly accusing you of that. This is done so often that you start trying to defend yourself, and are distracted from the gaslighter's own behavior.

9. they try to align people against you.
Gaslighters are masters at manipulating and finding the people they know will stand by them no matter what—and they use these people against you. They will make comments such as, "This person knows that you're not right," or "This person knows you're useless too." Keep in mind it does not mean that these people actually said these things. A gaslighter is a constant liar. When the gaslighter uses this tactic it makes you feel like you don't know who to trust or turn to—and that leads you right back to the gaslighter. And that's exactly what they want: Isolation gives them more control.

10. they tell you or others that you are crazy.
This is one of the most effective tools of the gaslighter, because it's dismissive. The gaslighter knows if they question your sanity, people will not believe you when you tell them the gaslighter is abusive or out-of-control. It's a master technique.

11. they tell you everyone else is a liar.
By telling you that everyone else (your family, the media) is a liar, it again makes you question your reality. You've never known someone with the audacity to do this, so they must be telling the truth, right? No. It's a manipulation technique. It makes people turn to the gaslighter for the "correct" information—which isn't correct information at all.